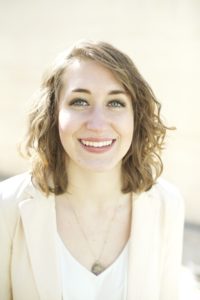 Hayden Lane Purdum (b. 1994) is a composer currently living in Los Angeles. She holds a Bachelor of Music in Composition from the University of Oklahoma, and her primary instructor during that time was Dr. Marvin Lamb; she also studied with Dr. Konstantinos Karathanasis. Hayden has traveled with Dr. Richard Zielinski on trips to Austria and Poland with his university and professional choirs. She acted as a research assistant for Dr. Elizabeth Avery on her Living Song project, studied Ethnomusicology with Dr. Zoe Sherinian, and obtained a minor in International Studies. Hayden was commissioned to compose new music for the OU Nightly News in the fall of 2015, which is now used in their regular broadcasts. Upon her graduation with special distinction, she was awarded the Student Advisory Council Senior Award from the Weitzenhoffer College of Fine Arts at the University of Oklahoma. Hayden served as an intern for the OK Mozart International Music Festival for three summers, which allowed her to gain experience in hospitality, stage managing, ticketing, event coordination, and much more.

Hayden graduated from the University of Southern California with a Masters degree in Screen Scoring in 2017. Through the program, she was able to meet and work with some of Los Angeles’s best musicians, and with some of the most influential and prolific professionals in the industry today. Some of her teachers included Patrick Kirst, Laura Karpman, Bruce Broughton, Jon Burlingame, Garry Schyman, Chris Young, Dan Carlin, Richard McIlvery, and more.

After graduation, Hayden held a brief internship at JoAnn Kane Music Services and completed the Fellowship program at Sonic Fuel Studios, founded by Christopher Lennertz and Timothy Wynn. She is currently assisting the composer Walter Murphy, as well as orchestrating on his TV shows: Family Guy and American Dad! She hopes to continue growing her compositional abilities and expanding her credit list and portfolio. She is also accepting freelance jobs that focus on orchestration and music copying, both within the film world and the classical music world. Hayden views collaboration as the most rewarding part of her career, and loves to work with creative individuals and teams to create fun and impactful musical experiences. 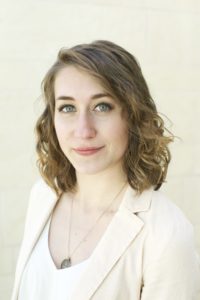